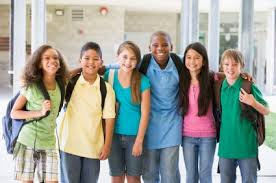 If you talk to many parents of tweens and teens you may be surprised to learn that a portion of them actually cringe at thought of their child becoming popular. For many folks popularity signifies risk taking and maybe even danger. They envision the popular group drinking at parities or drag racing around town. The popular tweens are often depicted as mean and sometimes downright cruel. Now keep in mind that this picture has been painted in part by Hollywood. Tween and teen flicks seem to relish in the idea that the popular crowd is often up to no good.

Research however, portrays a different vision of what it means to be popular; one at which most parents would be pleased. Popular kids tend to be smarter, nicer, and more talented than their lesser-revered peers. They are natural leaders who speak their mind in way that can sway a crowd. Popular kids are often charismatic but not intrusive.

Part of discerning the difference between what researchers have found and what parents worry about lies in defining what being popular actually means.

For researchers, popular is synonymous with well liked. In middle and high school however, being popular is more consistent with the kids who have ‘it.’ It means the kids who have the ‘right’ clothes that they wear with style. These kids are considered cool without even trying. They run in pacts or gaggles. The girls have the look, while the boys ‘got swagger.’ The in-group is often exclusionary to a fault.

In Middle school the in crowd can be fluid. One day you are in, and the next you are out. The struggle to remain top dog can be stressful and overwhelming.

In high school an interesting transition usually occurs. Close-knit cliques often mark freshman and sophomore years. During the junior year however, as the focus begins to shift toward the future, cliques start to break off and open up. Senior year is often about unification. Classes come together as they look toward the future. The most popular students senior year are often the students considered the most successful. These students are going to the top schools and/or have the best prospects for a bright future. It is interesting that these students are the picture of what researchers define as popular.

Should you worry if your tween or teen is part of the ‘in’ group? Does admission require risky behaviors? Well thankfully, not necessarily.

Once kids become tweens parents have less influence on with whom their child will choose to hang out with. What parents probably don’t realize however is that they have far more influence over who their kids choose as friends than they think. Tweens and teens tend to pick friends who have values consistent with their parents. Just because they choose friends who are more like them however, does not preclude a propensity to engage in high-risk behaviors at times.

Peer pressure is certainly a valid concern. Continued conversation is the key to ensuring good decision-making. Your kids take their cues from you. What you say really does matter.

Regardless of where your tween or teen sits in the school pecking order, peer pressure is a part of middle and high school life, a strong communicative relationship with your child offers the best opportunity to ensure that his/her judgments are sound. Although the pressure to fit in with friends can be strong, the values and lessons you teach directly and by practicing what you preach can have a greater impact on your tween or teen than she may acknowledge. In reality then, it is not necessarily the peer pressure that comes along with being popular that can cause your tween or teen to engage in high-risk behaviors. Tweens and teens are more likely to engage in high-risk behaviors when they lack the support and guidance from their parents. The power of a positive relationship with your tween or teen cannot be underscored enough.

4 Websites for Tween Girls
Being Tween